On September 20, 2021, a statue of the architect of this historically valuable building, Josef Hlávka, was unveiled in the garden of the Gynecology and Obstetrics Clinic of the General Hospital and the First Medical Faculty of Charles University "U Apolináře". Thanks to Hlávek's timeless architectural solution, the "U Apolináře" maternity hospital has been in operation continuously for 146 years, during which time over half a million children were born here. It is thus one of the longest open maternity hospitals in the world.

"We have long strived to have a statue of its architect and builder on the premises of our clinic. At the time of its creation, the Provincial Maternity Hospital was one of the most modern and probably the largest in Europe. However, like any medical field, obstetrics has changed over time. What was top-notch in the beginning subsequently became the standard, even later the necessary minimum, and today we are moving in a different direction. However, the quality and timelessness of the building is evidenced by the fact that during its almost 150-year history, it has not undergone any complete renovation, and still serves its original purpose. " said the head of the Department of Gynecology and Obstetrics, General Hospital and the 1st Medical Faculty of Charles University, prof. MUDr. Alois Martan, DrSc.

"However, the life of the building is not infinite and we need to keep up with new trends in the care of mothers and newborns. That is why we are glad that part of today's ceremony is also the presentation of the project of a planned, extensive reconstruction of the clinic, which will transfer the premises of the building with dignity and respect to Josef Hlávek to the 21st century. Thanks to this, we will continue to be at the forefront not only in terms of scientific, research and medical prevention, but also in terms of equipment and space options, " added by prof. MUDr. Antonín Pařízek, CSc., Chief physician of the Department of Gynecology and Obstetrics of the General Hospital and the First Medical Faculty of Charles University. 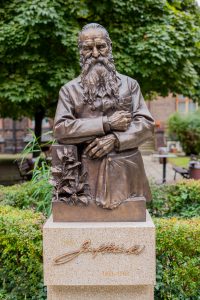 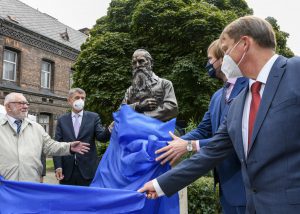