Assistance from the VFN is going to Lebanon

Representatives of the General University Hospital in Prague (VFN) sent protective gloves, mouthpieces, respirators, disposable needles, bandages, protective overalls and other medical aids to Beirut, Lebanon. Humanitarian aid was created on the basis of cooperation between the General Hospital and the Ministry of the Interior of the Czech Republic within the MEDEVAC program.

Representatives of the hospital sent medical material worth less than two million crowns through the MEDEVAC program - the government's health and humanitarian program of the Czech Republic. It focuses on providing medical care to vulnerable groups in regions affected by migration, burdened by large numbers of refugees or in places where specialized professional care is not available. The program is coordinated by the Ministry of the Interior and the VFN also participates in its implementation. On Monday, members of the Fire and Rescue Service of the Czech Republic picked up the necessary medical aids at the General Hospital, who transported them to the military airport in Prague's Kbely. From there, he will fly directly to Lebanon in an army special on Tuesday. 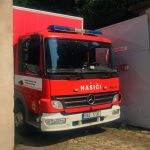 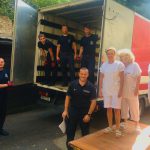 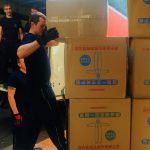 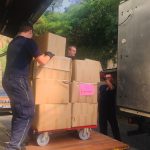