The U Apolináře maternity hospital is awaiting modernization for two billion

As part of the concept of Modernization and Centralization of the General University Hospital in Prague (VFN), a modern center of midwifery and new neonatology with highly specialized care for premature babies will be created in the U Apolináře maternity hospital. The project entitled "Obstetrics in the 21st Century", designed by architect Eva Jiřičná, also includes a hygienic-epidemiological operation in the event of a pandemic and is also part of the National Investment Plan. This was also confirmed at the press conference on Thursday by Prime Minister Andrej Babiš and Minister of Health Adam Vojtěch.

"I have visited the Gynecology and Obstetrics Clinic of the General University Hospital in Prague several times and I have been following the excellent results of the work of local obstetricians and neonatologists for a long time. Although it is a maternity hospital of the previous century, it needs to be transformed into a 21st century facility. That is why I very much welcome the project of the Midwifery Center, designed by Eva Jiřičná for about two billion crowns, which will provide a completely new system of care for future mothers and their newborns, "said Prime Minister Andrej Babiš, adding that the National Investment Plan already envisages modernizing the clinic. “There are a lot of projects, but they are often not ready. Our country needs the best possible health care, so it is necessary to design, create a strategy, have a central vision for health care in the future and build, "said Andrej Babiš at a press conference.

The hospital plans to submit an investment plan by the end of this year. Behind him is also the Minister of Health Adam Vojtěch. "Just as the General Hospital is a key hospital for Czech healthcare, so is its gynecological and obstetric clinic, whose perinatology center rescues premature babies from all over the Czech Republic. The care in this facility is at an absolutely top level, but the environment and equipment are not. I am therefore glad that we have agreed to create an investment plan worth around two billion and that a project for a new center for midwifery and neonatology has been set up. It will be part of a number of other investments for this key Prague hospital, "said Health Minister Adam Vojtěch.

The project entitled "Obstetrics in the 21st Century" is part of a concept that was started by the director of the General Hospital, David Feltl, last year after taking office. This is the concept of Modernization and Centralization of the General University Hospital in Prague. "We started by stabilizing the hospital. Last year it was already in the black and now we are gradually reflecting on investment and further development. We have prepared a whole complex of development projects and the modernization of the Gynecology and Obstetrics Clinic is one of them. I am glad that we have such support from the founder, "said the director of VFN prof. MUDr. David Feltl, Ph.D., MBA.
The Midwifery Center, which the General Hospital plans to build, is intended to enable women to give birth more naturally without the need for a doctor. However, it will be immediately available if childbirth becomes complicated, which, according to doctors, happens in about a third of cases. "Currently, we only have maternity wards, we have been trying to create maternity rooms for ten years. Unfortunately, we have not succeeded yet. It is not only a midwifery center, but also a center for the care of immature newborns with intensive and resuscitation care, where even the most sick children will be able to be with their mothers twenty-four hours a day. It is this type of care that improves the prognosis of young premature babies. If we succeed, it will be a novelty in the whole Czech Republic. And we will be at the forefront not only in terms of scientific, research and medical prevention, but also in terms of equipment and space options, "concluded the head of the Department of Gynecology and Obstetrics, General Hospital and the 1st Medical Faculty of Charles University, prof. MUDr. Alois Martan, DrSc. 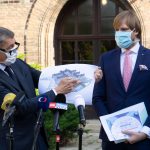 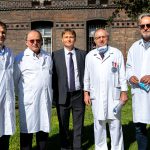 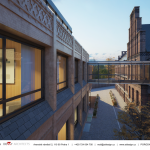 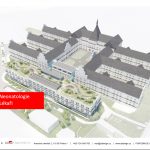