VFN in front of the lens of a famous photographer

In recent weeks, selected VFN clinics have become the main object of interest of the famous Czech photojournalist Alžběta Jungrová.

The original images have already been taken, for example, at KARIM, the lung clinic, the ICU, at Apolinář, IV. internal medicine clinic and other departments. The photographer began documenting life in the hospital at the end of April and would like to continue until the end of the year. "Taking pictures at the General University Hospital in Prague was a long-term and pre-planned project, even without the coronavirus epidemic. With my photographs, I would like to capture all the essentials that are happening outside the doors in the waiting rooms and in the individual departments. Medicine is evolving very fast and just as everything was different in healthcare a hundred years ago, so a big shift will definitely come again in the next hundred years. I want to document the current situation, " said Alžběta Jungrová, saying that she would like to organize an exhibition of photos for the 230th anniversary of VFN. He is even considering publishing a photo book.

The basis of Alžběta Jungrová's (1978) work are documents and reports. In the past, she worked for the daily MF Dnes and the editorial board of Hospodářské noviny and Lidovky. From 2000 to 2002, she lived in the United States and London. She traveled to various parts of the world for ideas and often photographed in extreme situations. She waded through Cambodia's largest landfill, oil mud at the world's largest tanker shipyard in Bangladesh, photographed armed children and civilians in the Gaza Strip, drug traffickers in Pakistan, a shelter for HIV-positive children in Vietnam and poverty in the developing world. She has repeatedly won awards in the Czech Press Photo competition. 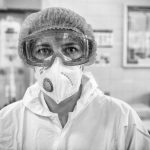 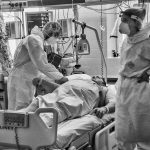 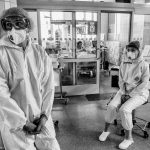 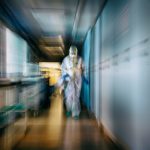 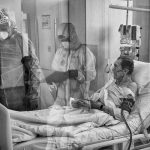 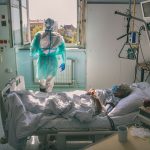 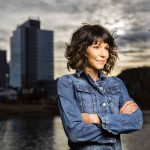