Get involved in research and discover your genetic background

Wondering where your ancient ancestor came from? Then join the unique project Analysis of Czech Genomes for Teranostics.

Wondering where your ancient ancestor came from? Did he come from Eastern or Western Europe, Scandinavia, the Balkans or perhaps from the Middle East? Then join the unique project Analysis of Czech Genomes for Teranostics, abbreviated ACGT, which are also letters of the genetic alphabet. It is enough to meet the basic conditions and undergo a one-time collection of venous blood in the Faculty Transfusion Department of the General University Hospital in Prague (VFN).

The aim of the ACGT project is to compile a control database of genetic information typical of the Czech population. The database will be used to diagnose a variety of genetic diseases, and can thus contribute to the early and accurate diagnosis of genetic diseases and their further research. The criteria for participation in the project are practically the same as for blood donation. Applicants must be healthy, in addition to the age of thirty to fifty-five years. The father and mother of the participant must come from the same region or from places within fifty kilometers as the crow flies. The reward for participating in the project is to provide the result of the so-called genographic analysis. Based on it, it is possible to estimate the ancient genetic origin, ie to find out where your ancestor living tens of thousands of years ago came from. 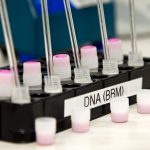 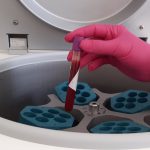