III. Department of Internal Medicine - Department of Endocrinology and Metabolism of the General Hospital and the First Medical Faculty of Charles University celebrated a significant anniversary: 75 years since its establishment.

III. Department of Internal Medicine - the Department of Endocrinology and Metabolism of the General Hospital was established in a completely revolutionary way: in May 1945, Professor Josef Charvát and his team of doctors occupied part of the premises in the Josephine tract of the General Hospital on Charles Square. And just as revolutionary in the 75 years of its existence III. The internal medicine clinic developed into one of the most important workplaces of its kind in the Czech Republic. Specialists deal with the treatment of rare diseases as well as common metabolic diseases such as diabetes, disorders of blood fat metabolism or arterial hypertension.

"Among the rare diseases in endocrinology, we specialize in diseases of the adrenal glands and brainstem, such as acromegaly or Cushing's syndrome," says prof. MUDr. Michal Kršek, CSc., MBA, Head III. internal clinics - clinics of endocrinology and metabolism of the General Hospital and continues: “The uniqueness of our workplace lies in the longest tradition of treatment of rare endocrine diseases, its connection with research, multidisciplinary patient care and the introduction of new diagnostic and therapeutic procedures. Our know-how is in the numbers of patients with rare hormonal diseases. We are the largest center for their treatment in the Czech Republic. " 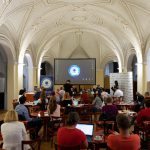 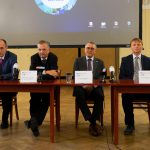 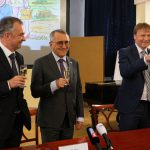