For the first time in the Czech Republic, doctors of the General Teaching Hospital connected the patient to an artificial lung

A unique method of removing the lungs from circulation and using artificial extracorporeal lung is a team of doctors from the General Teaching Hospital. The very first Czech bypass bypassing lung will allow a 35-year-old patient with severe pulmonary hypertension to have a lung transplant. A similar operation has so far been carried out at only five sites worldwide. Foreign professors also assisted in a unique performance in Prague.

Only thirty-five years old patient suffers from severe pulmonary hypertension and was admitted to the General University Hospital in Prague
with massive spitting of blood from the lungs and heart failure. Doctors saved her from a serious condition by introducing extracorporeal membrane oxygenation, called ECMO, and gradually stabilized it. “We have tried to stop ECMO several times and prepare the patient for lung transplantation, but unfortunately we failed. Her condition was so severe and severe that the transplant was impossible. Finally, we decided to choose a unique method that has been performed in the world in only about twenty patients at five workplaces over the past decade. In the Czech Republic for the very first time, ”doc. MUDr. Martin Balík, Ph.D., EDIC, Chief Medical Officer of the Intensive Care Clinic of Anaesthesiology, Resuscitation and Intensive Medicine of the General Teaching Hospital and the First Faculty of Medicine, added: “The patient was implanted with a unique bypass that bypasses her lungs. We allowed her to live with the extracorporeal lung hanging on her chest so that her body had some time to recover and prepare for future lung transplantation, which is her only perspective. ” 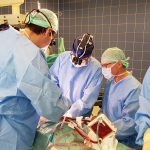 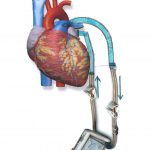