Just 45 minutes is enough for doctors to detect the risk

For the first time in the Czech Republic, the unique project "Screening the risk of preterm birth through the introduction of the QUiPP program" is offered to expectant mothers by doctors from the Department of Gynecology and Obstetrics, General Hospital and the First Medical Faculty of Charles University in Prague. The project is implemented by the Institute of Health Information and Statistics (IHIS) of the Czech Republic in cooperation with the Department of Gynecology and Obstetrics of the General Hospital and the 1st Medical Faculty of Charles University in Prague, where more than a thousand women at risk of preterm birth from all over the Czech Republic will be examined.

Premature birth or the birth of a child before the completion of the 37th week of pregnancy is currently the most significant obstetric problem in economically developed countries. Last year, almost 8,000 children were born prematurely in the Czech Republic, which is about 7% of the total number of newborns. "Czech obstetrics achieves excellent results compared to abroad. In the Czech Republic, the mortality of mothers and newborns decreased significantly. Neonatal mortality in the Czech Republic has been very low for a long time, ranking us among the European countries with the lowest number of deaths of children shortly after birth. In addition, we have 13 intermediate workplaces and 12 perinatology centers for premature babies, but the frequency of premature births has not been reduced in the last fifty years., "States the director of the Institute of Health Information and Statistics prof. Ladislav Dušek. 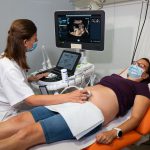 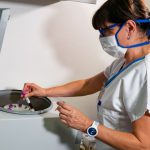